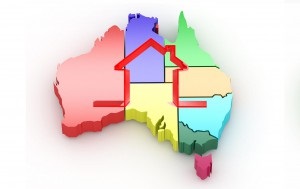 According to the CoreLogic Home Value Index results out today, dwelling values edged lower across most capital cities over the month, with broad based falls weighing down dwelling values nationally for the fifth consecutive month.

The 0.1% decline in national dwelling values in February 2018 was more moderate than the 0.3% declines recorded over each of the previous two months, however, it marked the first time national values had fallen for five consecutive months since March 2016. There continues to be a divergence between capital city and regional markets, with the combined capital city index falling by -0.3% over the month, compared to a 0.4% increase in combined regional values.

© 2021 IFG Home Loans. All Rights Reserved.
DISCLAIMER
Serad Pty Ltd (t/a IFG Home Loans) ABN 36 008 948 445 Australian Credit Licence 386918 in agreement with LM BrokerServices Pty Ltd Australian Credit Licence 517192.
The information provided on this site is on the understanding that it is for illustrative and discussion purposes only. Whilst all care and attention is taken in its preparation any party seeking to rely on its content or otherwise should make their own enquiries and research to ensure its relevance to your specific personal and business requirements and circumstances.
Terms, conditions, fees and charges may apply. Normal lending criteria apply. Rates subject to change. Approved applicants only.