Fewer Aussies are behind on mortgage repayments 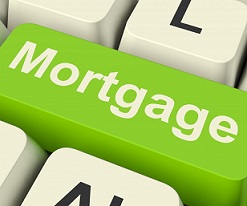 Despite high household indebtedness, the number of Australians behind on their mortgage repayments has fallen, according to a recent report by ratings agency S&P.

Delinquent housing loans underlying prime residential mortgage-backed securities (RMBS) fell to 1.00% in November 2017 from 1.04% the previous month, S&P partly attributed the drop to a continuous increase in outstanding loan balances during the month to reach $129.1bln in total.

“Arrears typically remain relatively stable in the last few months of the year before a cyclical increase in the first quarter due to higher consumer spending during the seasonal holidays,” said S&P.

Arrears declined in all states, with Western Australia posting the largest drop of 0.12 percentage point to 2.00%.

The Australian Capital Territory continued to record the lowest arrears level, at 0.56%.

Arrears levels in NSW and Victoria declined to the lowest level in two years – to 0.74% in NSW and 0.90% in Victoria.

Over 54% of the RMBS portfolio balance is exposed to NSW and Victoria combined, said S&P.

Australia’s high household indebtedness leaves borrowers vulnerable to a change in the economic environment. But S&P said it does not expect arrears to increase much above current levels as long as the relatively benign economic conditions continue.

In another report, Fitch said it expects the low arrears to continue and for mortgage performance to remain stable this year. It believes lenders’ adoption of APRA-prescribed serviceability practices in 2016 has improved borrower ability to service home loans.

However, the rising cost of living and slow wage growth are likely to increase pressure on recent borrowers with little disposable income, it said.